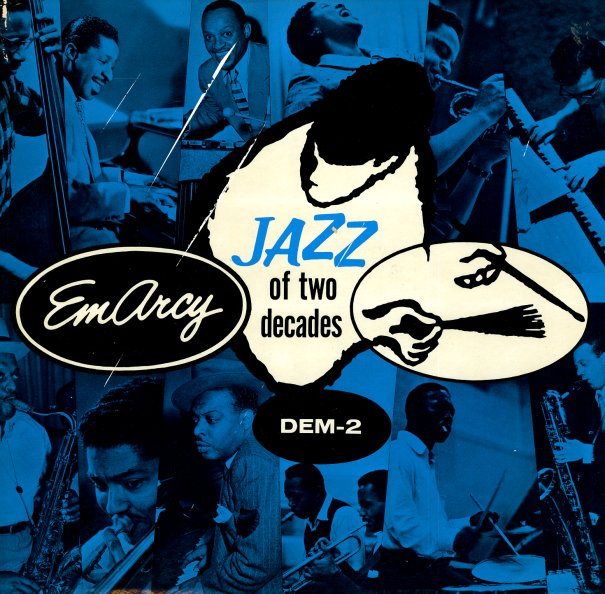 Features "Cherokee" by Clifford Brown & Max Roach, "Shulie A Bop" by Sarah Vaughan, "I've Got To Be A Rugcutter" by Erroll Garner, "Clarinet Marmalade" by Irving Fazola's Dixielanders, "Inside On The Southside" by Bud Freeman's All Stars, "Blue Boy" by Lennie Tristano Trio and more!  © 1996-2020, Dusty Groove, Inc.
(Blue label drummer logo pressing with deep groove. Cover has a split bottom seam and the back has an ink stamp.)