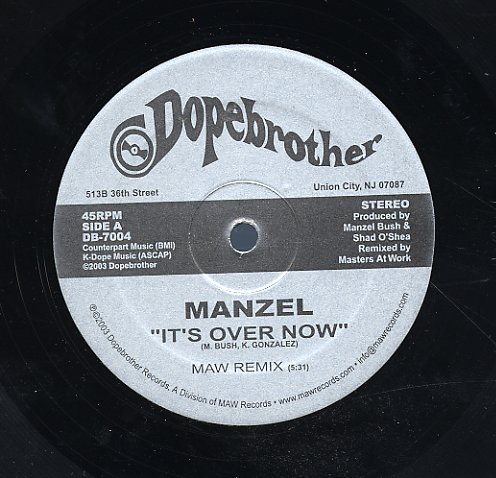 Snapping beats and funky bass – another break beat classic from Manzel! The tune's got this wicked stepping bass that almost takes us back to ESG – remixed here by Masters At Work in an even fiercer groove than the original. The tune really steps out with a nice funky edge – and the dubba and keyapella versions bring in some even more spaced out elements! The keyboard version is especially nice – floating, cosmic, and a jazzy jam that's simply magnificent!  © 1996-2020, Dusty Groove, Inc.