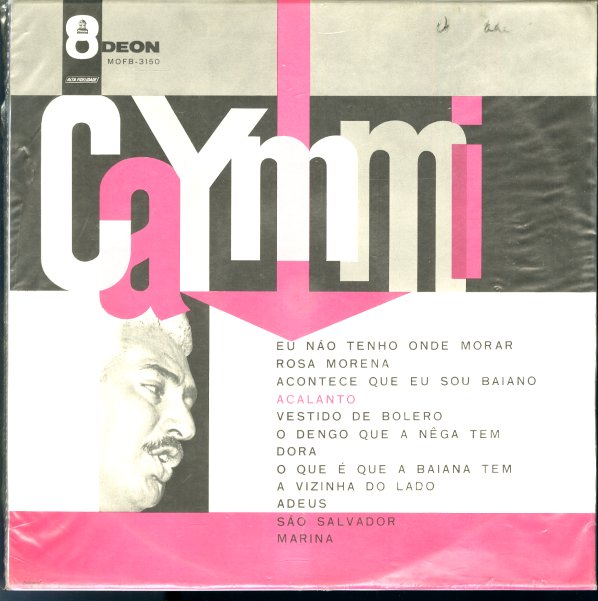 Magical early work from Dorival Caymmi – and the kind of record that easily shows why he was such a huge influence on Brazilian music! The album bubbles along with a lively mix of samba and larger orchestrations – Caymmi's wonderful vocals and songs filling up the set with a sense of tone, color, and life that surpasses most other popular Brazilian albums of the time. Titles include "Rosa Morena", "Acontece Que Eu Sou Baiano", "O Dengo Que A Nega Tem", "Vizinha Do Lado", "Marina", and "Sao Salvador".  © 1996-2021, Dusty Groove, Inc.
(Original mono green & white label pressing, still in the plastic outer sleeve!)