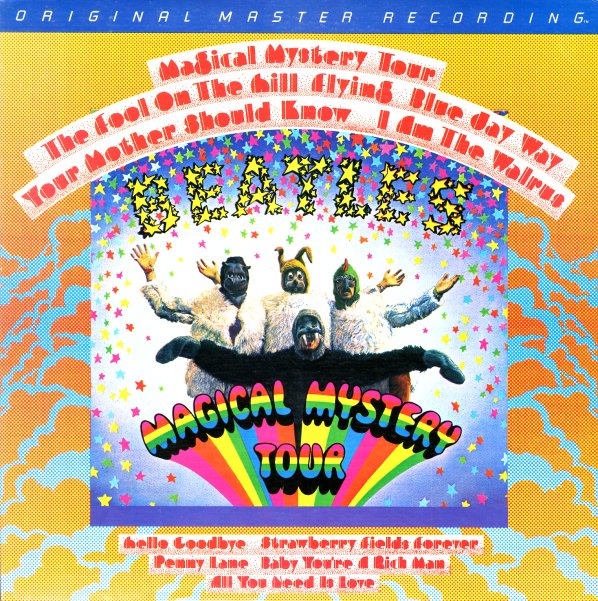 A wonderfully trippy record from The Beatles – filled with songs that have become classics, even though the initial package was designed for a movie that was one heck of a mess! The set's incredibly strong throughout – filled with some of the new post-Peppers ideas explored by the group, yet also with some catchier numbers too – great sing-songy tracks that undoubtedly were a big mainstream influence to the world of late 60s psych! Titles include "Blue Jay Way", "The Fool On The Hill", "Flying", "Strawberry Fields Forever", "Penny Lane", and "Baby You're A Rich Man".  © 1996-2022, Dusty Groove, Inc.
(Original 80s MFSL issue. Includes the insert.)