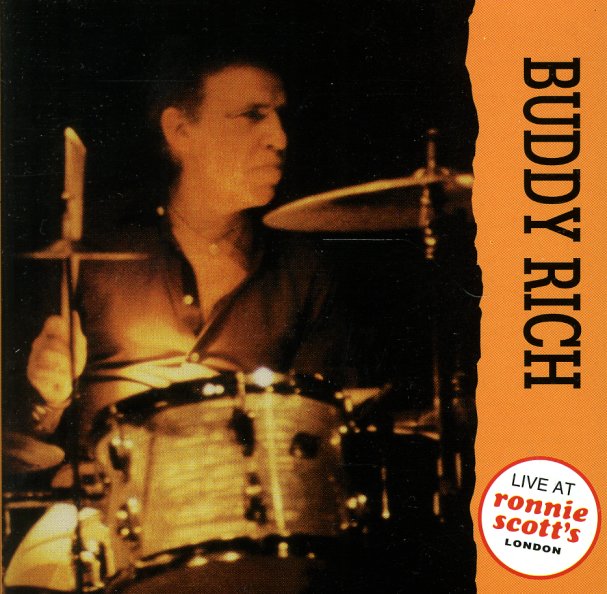 Late work by jazz drum giant Buddy Rich – captured in a surprisingly energetic, firey, and sometimes funky mode at Ronnie Scott's Club in 1980! Buddy really pulled off some bright, buoyant, funk influenced work in the 70s and this set finds him at the tail end of that groove – playing with a pretty big group that includes Ernie Vantrease on piano, Wayne Pedziwiatr on bass, Ando Fusco, Jack Leibowitz, Steave Marcus and Kenny Hitchcock on saxes, Bob Coassin on lead trumpet, Roger Homefield on lead trombone, and others. Titles include "Intro/Beulah Witch", "Grand Concourse", "Blues A La 88", "Saturday Night", "Slow Funk" and the epic, 15+ minute closer "Good News".  © 1996-2021, Dusty Groove, Inc.
(Out of print.)

Stick It
RCA, 1972. Used
CD...$9.99
Buddy takes on the grooves of the younger generation – and serves up one of his funkiest records of the time! Buddy's working here with arranger John LaBarbera – a youthful talent with a wonderful ability for bringing together horns in a freshly creative way – one that completely ... CD

Sweet Return
Atlantic (Germany), 1983. Used
CD...$6.99
A definite sweet return from Freddie Hubbard – a record with a cover and title that might appear to be smooth jazz, but one with a sound that's solidly acoustic and soulful all the way through! The album's a great example of Hubbard's amazing work in the early 80s – a time when he was ... CD

Sunset To Dawn
Muse, 1973. Used
CD...$12.99
Sublime 70s work from Kenny Barron – a record that really has him stretching out strongly from his roots in the 60s, and sounding almost even more inventive than on some of his later material as well! Kenny's playing a fair bit of keyboards on the set – showing a wonderful sensitivity ... CD