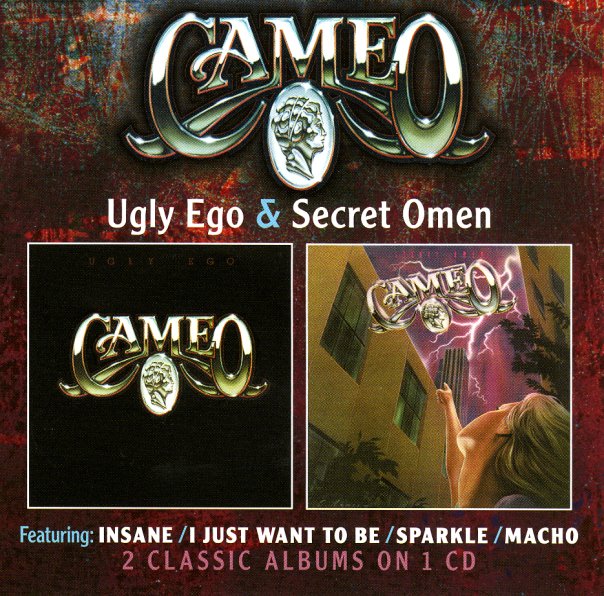 A pair of killers from Cameo – both from their legendary late 70s run! Ugly Ego is one of our favorite albums ever from Cameo – the group's third release! The album's got a great approach that hints at more sophisticated soul styles, but which is still firmly in charge of the bass-driven grooves that made their early albums so great – a compressed approach to the music that was copied by countless other groups at the time, but rarely came off this well! The whole thing's great – filled with excellent cuts that include "I'll Be With You", "Give Love a Chance", "Ugly Ego", "Two of Us", "Friend to Me", "Insane", and "I Want You". Super-dope – with loads of great jams! Secret Omen is a sweet stunner from Cameo – a set that's got the group working with an even tighter, more on the money sound than before – yet never in a way that's too slick or commercial! These guys were one of the first to push the big ensemble funk sound into a leaner approach, and they really live up to that legacy here – impeccably fusing bass, drums, and everything else together – in a groove that lived far beyond disco, really influenced both hip hop and house, and which makes the album one of their real lasting treasures. Groovers include "Macho", "Find My Way", "Energy", and "I Just Want To Be" – and the album also includes the guitar-funk jammer "The Rock", and the stellar stepper "Sparkle" – which is one of our favorite Cameo cuts ever!  © 1996-2021, Dusty Groove, Inc.

Welcome To Our World Of Merry Music – The Definitive Collection (3CD set)
Cotillion/Robinsongs (UK), Late 70s/Early 80s. New Copy 3 CDs
CD...$14.99
A fantastic collection of grooves from Mass Production – one of the best of the large funk ensembles to hit the mainstream at the end of the 70s – even though they didn't always get the success they deserved! That doesn't stop these guys from giving their all, though – super-sharp ... CD