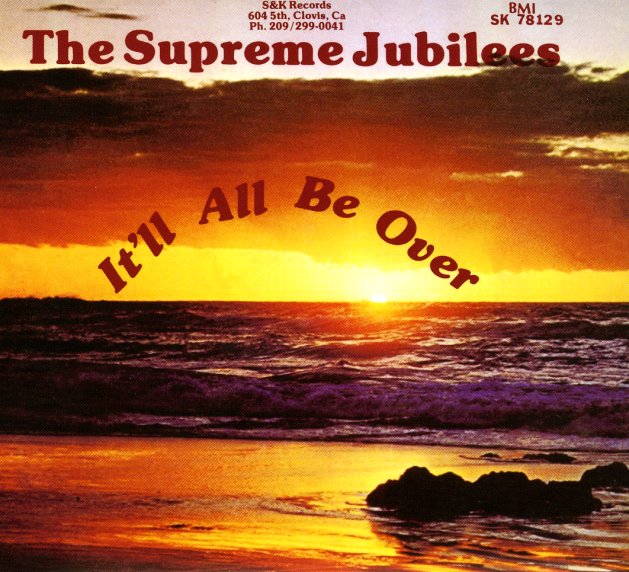 It'll All Be Over

A gospel album from the end of the 70s, but a set that works equally well as a soul album too – thanks to the beautiful presentation of the grooves and the vocals! The vibe here is often laidback – more in a mellow Marvin Gaye sort of mode – surprisingly slinky and sexy for such a spiritual group, as are the lead vocals from Dave Kingsby – one of those singers who might have been huge, had he left the gospel field for the secular world! The group play their own instruments, and have this smooth, sweet vibe throughout – lots of keyboards that step underneath the vocals with a mix of midtempo and mellow modes – and production that's more early 70s than you'd guess from the date of the record – with almost a pre-modern soul sort of vibe. The whole thing's wonderful – and titles include "It'll All Be Over", "Do You Believe", "I Am On The Lord's Side", "We'll Understand", "Stop Today", and "Got A Right".  © 1996-2022, Dusty Groove, Inc.