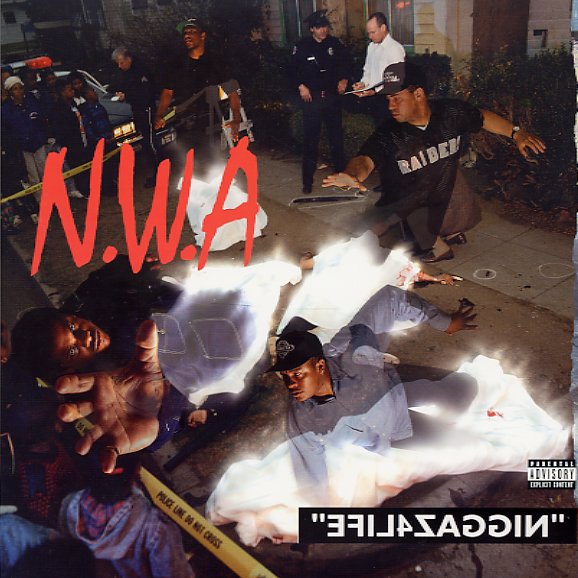 A stone classic from the west coast scene – and a record that just seems to get better and better over the years! What sounded like a disappointing, and way too calculatedly provocative follow-up to Straight Outta Compton back in 1991 now sounds to us like the peak of Dr. Dre's career as a producer. The wall of sound here is massive – and dare we say it, almost up to par with the Bomb Squad's work with Public Enemy and the expatriate Ice Cube at the time. Plus, with the passing of the years, we can now find a lot more darkly humorous moments in all of the ultra-violent, damn near Clockwork Orange level mischief. Titles include "Real Niggaz Don't Die", "Niggaz 4 Life", "Appetite For Destruction", "Findum, F*ckum, & Flee", and many more.  © 1996-2022, Dusty Groove, Inc.