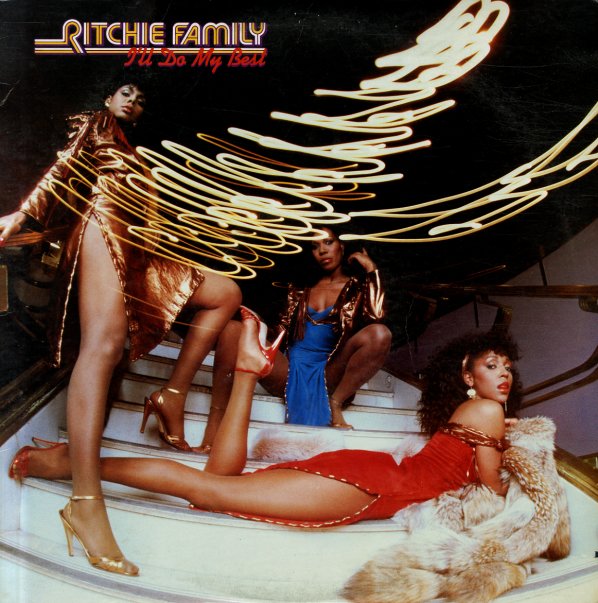 The Ritchie Family do their best to remain relevant after the glory days of commercial disco – and succeed strongly on I'll Do My Best – thanks to the sweetly soulful trio vocals and a nicely updated dancefloor soul sound! The songs are great, and groove on just long enough – each track running 4 to 5 minutes – with beautiful vocals by the ladies, and arrangements built on tight rhythms, funky bass and horns! Fonzi Thornton co-produced the vocal tracks – and the titles include "I'll Do My Best (For You Baby)", "This Love's On Me", "One And Only", "You Can Always Count On Me", "Walk With Me", "Alright On The Night", "Walk With Me", "Tonight I Need To Have Your Love", "and "You've Got Me Dancing".  © 1996-2022, Dusty Groove, Inc.