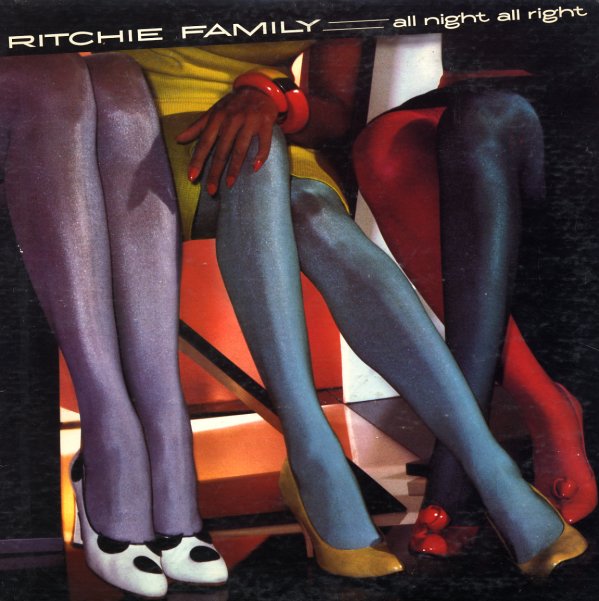 All Night All Right

Sweet dancefloor soul from an early 80s line-up of The Ritchie Family – this one featuring Linda James, Jacqui Smith-Lee and Vera Brown – going All Night All Right on a strong batch of synth flavored grooves! The bigger hits of the commercial disco boom were well behind them by this point, but their sound is updated incredibly well here – smartly not going overboard with too much synth, and letting the the vocal trio lead the vibe. Lots of funky bass in in the mix, and the songs are solid – with titles that include "Real Love", "Stop And Think", "All Night All Right". "I Wanna Be Yours", "Live It Up", "Fantasy", "Cold Winds" and "Lost In Your Love".  © 1996-2022, Dusty Groove, Inc.