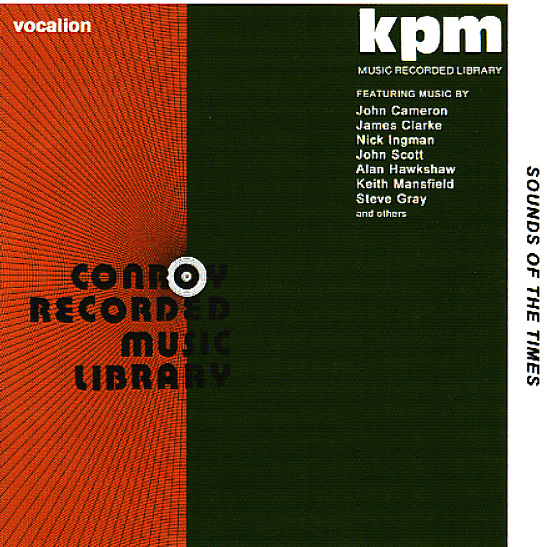 Temi Ritmici E Dinamici
Liuto/Schema (Italy), 1973. Used Gatefold
CD...$16.99
Maybe the coolest and grooviest music we've heard from the obscure Braen's Machine sound library project from early 70s Italy – a record that's less tripped out than its predecessors, and instead has this great style that's heavy on bossa elements and funky jazz! The vibe's a bit like the ... CD

Catchy
BBE (UK), 1978. Used
CD...$9.99 (CD...$8.99)
The cover looks gothic, but the sound is plenty darn groovy – a sweet set of sound library instrumentals from the 70s scene in Paris – most of them served up with an upbeat, clubby sort of vibe! Yan Tregger may not be one of those names that immediately comes to the lips of underground ... CD

ESP Disk Fire Music Vol 1 – A High Energy Avant Garde Jazz Compilation
ESP, 1960s. Used
CD...$9.99
An explosion of music from the legendary ESP Records label – a 50th Anniversary tribute to all the genius that made the imprint so wonderful back in the day – and easily one of the most important jazz labels in America! The set here focuses heavily on ESP's contribution to avant jazz ... CD

House That Jackmaster Hater Built
Still Music, Late 80s/2014. Used 2CD
CD...$13.99
Rare tracks from the glory days of Chicago house – most of which were never issued at the time, mixed with current tracks that have a very vintage feel! The collection brings to light some real gems that certainly match – if not top – the best Chicago cuts, especially work from ... CD

Marvellous Boy – Calypso From West Africa
Honest Jons, Late 40s/1950s. Used Gatefold
CD...$9.99 (LP...$18.99)
An incredible collection from Honest Jons – and like some of the rest of their best, music we never would have heard otherwise! The focus here is on calypso music, but recorded in West Africa – not the usual Caribbean setting – a very unusual strain of styles that cropped up in ... CD