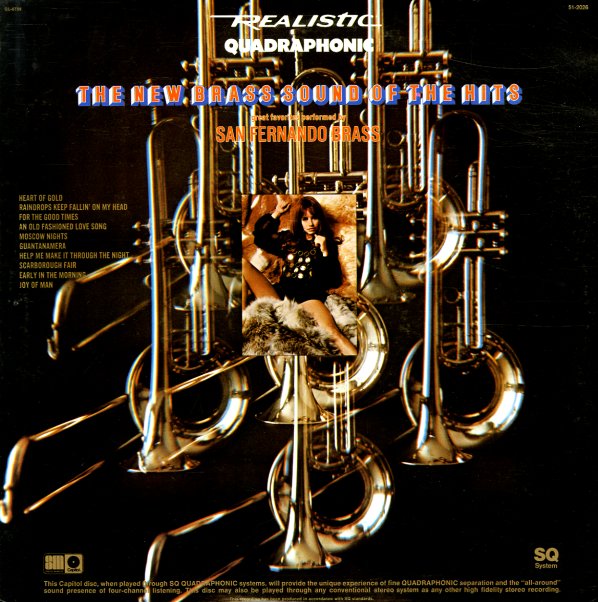 New Brass Sound Of The Hits

Very sweet grooves – a set of mellow early 70s easy tunes, performed by a brass ensemble with nice electric bass backing! The approach is a lot like the Brass Ring, but hipper – kind of gliding around with some nice light touches that almost make the record feel like a Brit easy one from the same time. Includes versions of "Heart Of Gold", "For The Good Times", "Raindrops Keep Fallin On My Head", "Joy Of Man", "Scarborough Fair", "Moscow Nights", and "Help Me Make It Through The Night".  © 1996-2021, Dusty Groove, Inc.
(Quadraphonic pressing. Cover has light wear.)