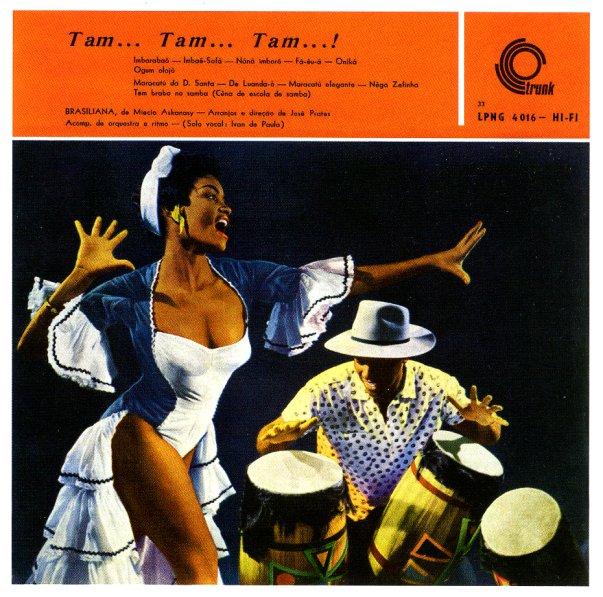 Heavy rhythms from the Brazilian scene of the 50s – a set of grooves originally used to accompany a touring dance production, but a set of tracks that's gone on to have quite a life of its own! The music here isn't the cool bossa or spare samba you might expect – and instead has this full-on, very heady sort of vibe – almost Afro-Cuban in the way the album was recorded, although lots of the core elements of the music have a distinctly Brazilian feel, and seem to point the way towards more ambitious recordings of the 60s – such as the work of Moacir Santos on the Forma label, or the Afro Sambas of Baden Powell and Vinicius De Moraes! Percussion is very heavy, and nicely earthy – and most tracks feature some chorus vocals buried alongside the rhythms, plus occasional leads from Ivan De Paula – who's got a deep style that really matches the music. Titles include "Imbae Sofa", "Ogum Olojo", "De Luanda", "Tem Brabo No Samba", "Onika", and "Maracatu Da D Santa".  © 1996-2022, Dusty Groove, Inc.