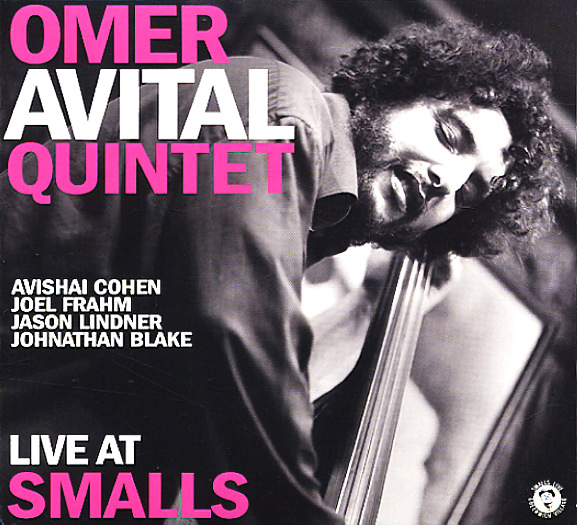 An incredibly well-crafted set from bassist Omer Avital – a player who's really got a bold vision for his group here, and manages to lead a host of strong players through a set of very personal material! There's some great righteous energy going on here – making the set easily one of the most soulful in the Smalls Live series – and at times, almost like some lost New York set from the mid 70s – poised equally between spiritual and soul jazz modes! At times, Avital's bass is right up front in the mix, really leading off the tunes with a great sense of boldness – and at others, the trumpet of Avishai Cohen and tenor of Joel Frahm come together with this soaring elegance that really sets the whole thing on fire. Tracks are all originals by Avital, and titles include "Blues For Tardy", "Magic Carpet", "Theme For A Brighter Future", "Anthem To Life", "One", and "Just Some Small Time Sh*t".  © 1996-2021, Dusty Groove, Inc.
(Out of print, case has some light edgewear.)

Live At Smalls (2008)
Smalls Live, 2008. Used
CD...$11.99
A great set from tenorist Ian Hendrickson Smith – a player you might know from his work with Sharon Jones & The Dap-Kings! Smith was in the Dap-Kings for a good part of the oughties, but has really opened up as a jazz musician too – and here, he really cooks in the wonderful ... CD

Live At Smalls
Smalls Live, 2013. Used Gatefold
CD...$11.99
A great showcase for the mighty talents of alto saxophonist Will Vinson – who blows these beautiful long solos here in a sharp live setting! The album's got a great sense of personality – individual musicians who each have a strong voice of their own, coming together under Vinson's ... CD

People Music
Muse, 1991. Used
CD...$8.99
The cover's black and white, but the album's filled with wonderful colors in sound – a bold array of work from pianist Donald Brown – working here with a hip lineup that includes Vincent Herring on alto and soprano sax, Tom Harrell on trumpet, and Steve Nelson on vibes! Nelson's sharp, ... CD

Living On The Edge
Black Saint (Italy), 1989. Used
CD...$8.99
The album's got a bit of an odd title – as we hardly think that Redman was living on the edge at the time – but it's also a great little set, no matter what the name! Dewey's playing in a soulful and inside mode on most tracks – working in a style that recalls some of Archie ... CD