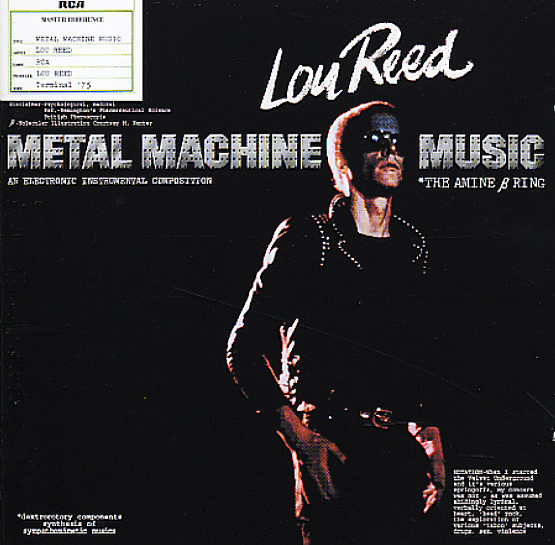 One of the most mindblowing sonic experiments of the 70s – Lou Reed's legendary Metal Machine Music opus! The double-length set is a really revolutionary batch of music – hardly what you'd expect from Lou's previous records, and a noisy, metallic album that really lives up to its title. The album's been argued about for years – hailed by some as a key precursor to industrial sounds to come in later years – written off by others who just say that Reed was delivering a "screw you!" message to RCA. But whatever the case, the album's a completely compelling one – and features the extended composition "The Amine B Ring" – served up in four parts that are spread over the 2LP length of the set!  © 1996-2022, Dusty Groove, Inc.
(Limited and numbered edition, including slipcase.)