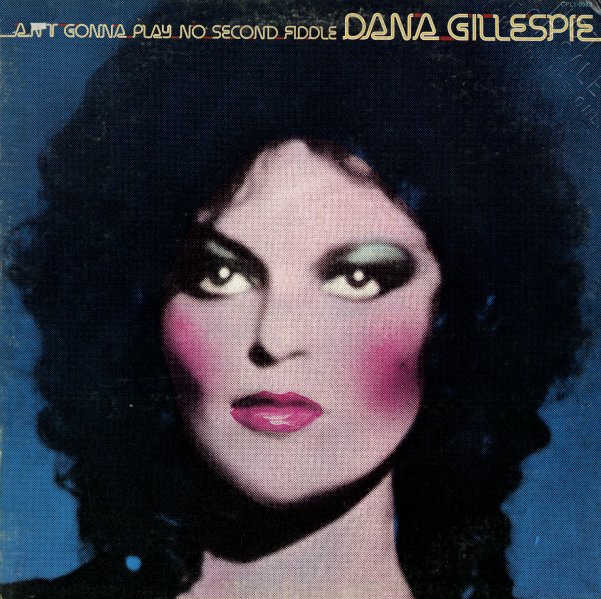 The second album that Dana Gillespie recorded for the Mainman productions label – and one that really has her stepping out and finding a voice that's all her own! Dana's a bit hard to peg stylistically – somewhat rock, but with occasional gentleness that's borrowed from her folk roots – often given a slight glam twist in the production, but not really a glam singer at all – in part because she's often got some deeper currents in her lyrics! Gillespie's got this strength in the lead that should have made her a much bigger star – an ability to step sideways to different modes from track to track, yet make you feel like the whole thing is very much part of her own master plan. Titles include "Get My Rocks Off", "Really Love The Man", "Hold Me Gently", "Pack Your Bags", "Getting Through To Me", and "Wanderlust".  © 1996-2020, Dusty Groove, Inc.
(Cover has a cutout notch.)