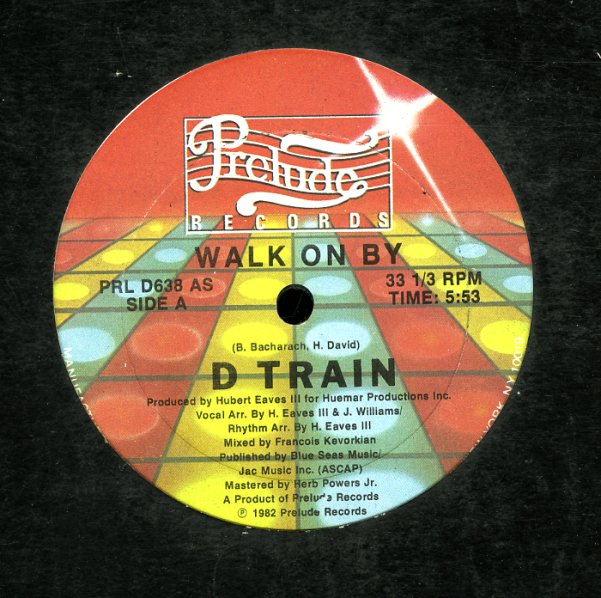 Massive 80s groove! Long before Sybil cut her version of the Bacharach/David classic "Walk On By", D-Train cut this one – and it's an excellent clubby remake! It's backed by "Tryin To Get Over", a warm soulful mid-tempo track with lots of heavy work on the bass pedals, and a nice nice hook!  © 1996-2022, Dusty Groove, Inc.
(Label has a name in pen.)