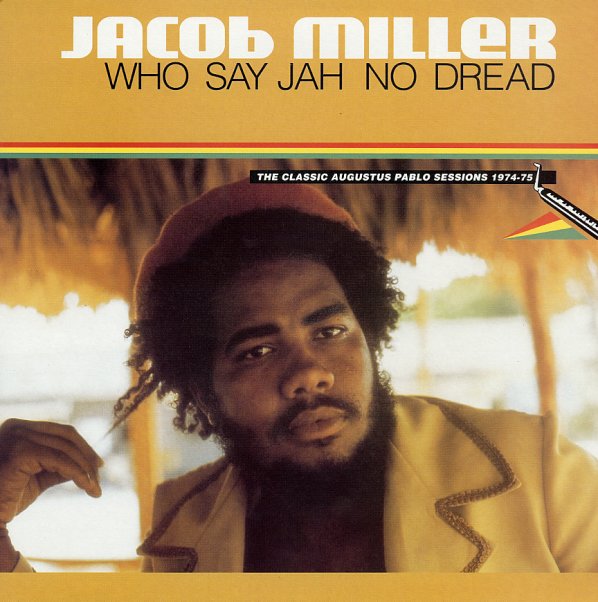 Beautiful sounds from the mighty Jacob Miller – material recorded with Augustus Pablo in the years before Miller went onto greater fame in Inner Circle – and with a rootsy vibe that's still extremely powerful all these many years later! Pablo's at the height of his talents here – able to hit just the best righteous modes, but without ever going over the top – at a level that seems completely effortless, and which really empowers the message in Miller's vocals! The set's overflowing with gems – and titles include "Keep On Knocking", "Each One Teach One", "Who Say Jah No Dread", "False Rasta", "Baby I Love You So", and "Girl Named Pat" – plus the dubs "Knocking Version", "Hungry Town Skank", "King Tubby Meet Rockers Uptown", "Jah Dread", "Each One Teach One Version", and "Girl Named Pat Version".  © 1996-2020, Dusty Groove, Inc.