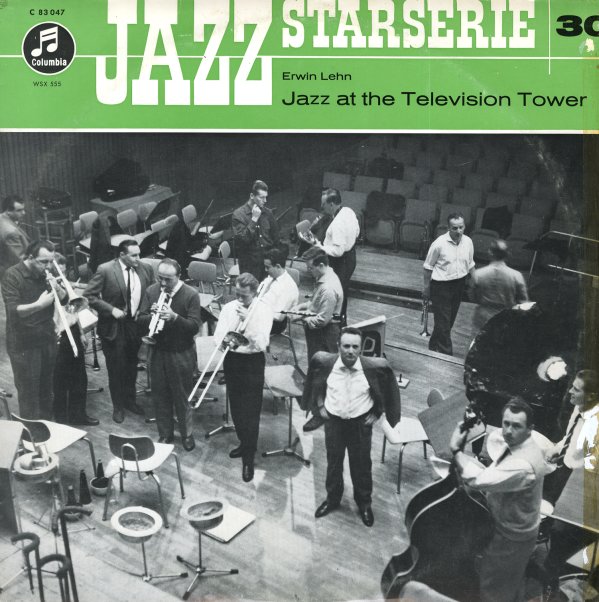 Jazz At The Television Tower

An early set from this leader who also gave us the excellent Color In Jazz album on MPS! The set features solos from Bernd Rabe on alto sax, Horst Jankowski on piano, Gerald Weinkopf and Fritz Dautel on tenor, Georg Ernszt on trumpet, and Peter Witte on bass!  © 1996-2021, Dusty Groove, Inc.
(Cover has some wear around the edges, and some light ringwear.)

Round About Midnight
Columbia, 1956. Very Good+
LP...$24.99
Thelonious Monk may have written the title tune, but Miles Davis makes it all his own here – blowing with a subtle moody magic that makes the album one of his true treasures from the early Columbia Records years! John Coltrane's along on tenor sax – helping Davis expand the sound the ... LP, Vinyl record album