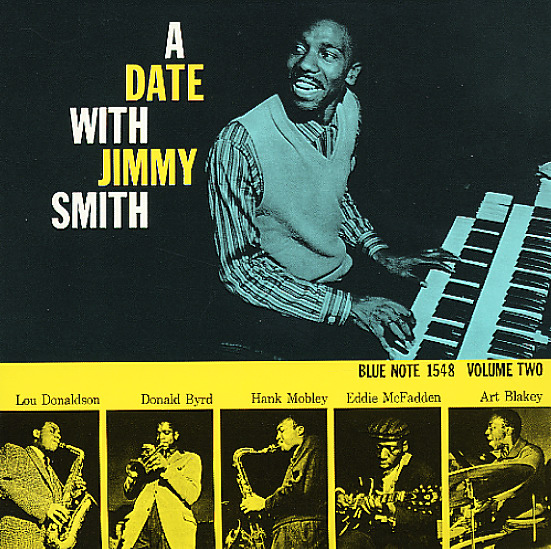 Smashing early work from Jimmy Smith – a killer set from 1957 that has him going head to head with some of Blue Note's finest players! The album marks one of the first time Jimmy played with such greats – and one of the first time they played with an organist – and the lineup includes work by Donald Byrd, Lou Donaldson, Hank Mobley, and Art Blakey. Tracks are long, with plenty of room for solos – and titles on this second volume include "Groovy Date", "I'm Getting Sentimental Over You", and "I Let A Song Go Out Of My Heart".  © 1996-2023, Dusty Groove, Inc.
(70s black b label pressing. Cover has some wear at the bottom right corner.)

Respect
Verve, 1967. Very Good- Gatefold
LP...$6.99
Mad respect for Jimmy Smith – a cool small group record that's different than some of his bigger-concept, larger arrangement records for Verve! The groove here is tight and right on the money – and the tracks are a bit longer than other Verve sessions too – as the master really ... LP, Vinyl record album