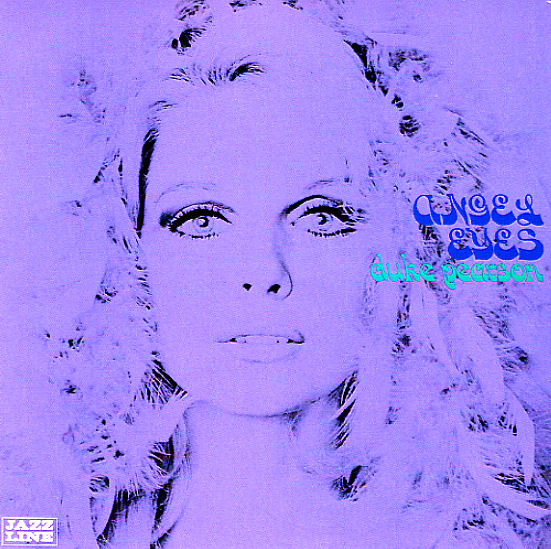 A rare pre-Blue Note session from Duke Pearson – very mellow, very soulful, and with a quality that's unlike most of his later work! The album's a trio side, recorded for the Jazzline label, and it features Pearson on piano, Thomas Howard on bass, and Lex Humphries on drums – the last of whom brings in some wonderfully lyrical lines on the kit, very much in the manner of the free, dancing rhythms used on records with Donald Byrd. Pearson's piano has a sharper edge than usual – these dark, moody tones that are totally great – almost a rougher version of his later sound, with a great sense of depth. Bob Cranshaw's bass and Walter Perkins' drums are featured on one number – and titles include a killer take on "Jeannine", plus "Say You're Mine", "Le Carrousel", "Bags Groove", and "Exodus".  © 1996-2022, Dusty Groove, Inc.
(HQ – Hi Quality CD pressing!)

How Insensitive
Blue Note (Japan), 1969. New Copy
CD...$13.99 (CD...$9.99)
Another bold step forward in the too-short career of Duke Pearson – and one of the last few records before his untimely death! The session departs from previous Pearson work by using vocals on most tracks – sometimes a solo singer, either Andy Bey or Flora Purim, and sometimes a larger ... CD

Diamond Express (with bonus tracks) (Japanese paper sleeve edition)
Freedom/Muzak (Japan), 1975. New Copy 2CD Gatefold
CD...$29.99 (LP...$24.99)
One of a rare few albums cut as a leader by reedman Dudu Pukwana – maybe best known for his role in the South African jazz group The Blue Notes, and an undeniable force on the London scene in the late 60s and early 70s! This special set is a great merging of both worlds – as Pukwana ... CD