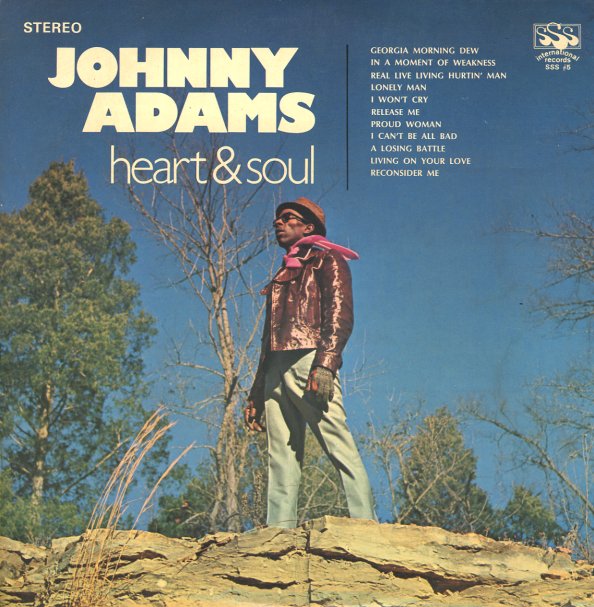 A lost southern soul classic – recorded by Johnny Adams in Nashville, and done in a great blend of country and soul styles! Johnny's career initially began in New Orleans, where he recorded a number of indie singles – but this was the record that really pushed his career into the limelight, and gave his deep down-homey vocals a perfect style in which to work! The set's got a really rich quality that reminds us of some of the lesser-known Hi Records work at the time – a mode that's willing to go past simple labels and chart soul conventions – and work in a mode that reaches out with a fresher approach that's really appealing. Titles include the hit single "Lonely Man", plus a bunch of other smokey little cuts that include "Losing Battle", "Real Live Living Hurtin' Man", "I Can't Be All Bad", and "Reconsider Me".  © 1996-2021, Dusty Groove, Inc.
(Cover has ring & edge wear, a cutout hole, a trace of a price sticker, and some aging.)