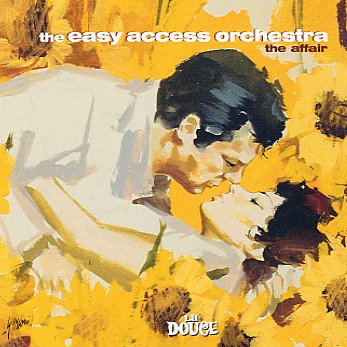 A loungey gem from Irma! Supposedly, these guys are the horn players for Herbalizer – and here, they're grooving in a retro-bossa mode with electronica touches, mixing keyboards, horns, and just a bit of vocals into that stripped down lounge groove that the Irma label has always handled so well. A great no-nonsense set – with a nice degree of whimsy, and a real appreciation of the roots of the material, one that gives the record a comfortable finish. Titles include "The Boy With The Beautiful Hair", "Love Letter", "The Affair", "Glider Girl", "Cable Car", and "Le Masseur". The CD version has two extra tracks!  © 1996-2020, Dusty Groove, Inc.
(Out of print.)

Music In My Mind
Irma (Italy), 2001. Used
CD...$4.99
The glorious return of Don Carlos – Italy's house music stalwart, reporting here with some of his finest music in years! There's traces of ambient grooving on the album – but most of the tracks are in a no-nonsense, straight-ahead house type groove, still handled well by Carlos after ... CD