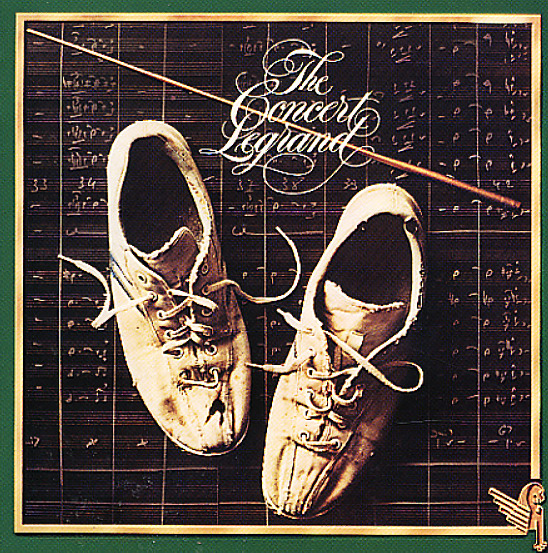 A haunting set from French soundtrack maestro Michel Legrand – an obscure album of orchestral tunes from the mid 70s, handled with a lot more strings than you'd usually hear in his work, but in a way that comes off sounding delightful! Legrand has a talent for making any kind of setting swing, and he certainly shows that in this set – a moodily concocted batch of tracks that fit perfectly with his best soundtrack work of the time. There's a slight bit of electricity in some of the tracks, and the album features solo work by Phil Woods on alto, Derek Watkins on trumpet, and Don Lusher on trombone. Titles include "Pieces Of Dreams", "Sweet Gingerbread Man", "Christine", "Wonder Where I'll Be Tomorrow", "The Saddest Thing Of All", and "Happy".  © 1996-2022, Dusty Groove, Inc.
(Sealed original pressing! Cover has a cutout hole in the corner.)

Castles In Spain
Columbia, 1956. Very Good+
LP...$3.99
One of the great early albums in Michel Legrand's "travelogue" period – a set done at the same time as his musical portraits of Paris and Rio, and served up with a similar flair for the dramatic! The style here is somewhat different than Legrand's better-known soundtrack work of ... LP, Vinyl record album

Satan
Cadet, 1974. Near Mint-
LP...$7.99
A sweet electric set from saxophone giant Sonny Stitt – very much in the mode of his funky work for Prestige Records at the same time! Sonny blows alto throughout – and other players include Roland Hanna on electric piano, Elliot Randall and Billy Butler on guitars, Richard Davis on ... LP, Vinyl record album