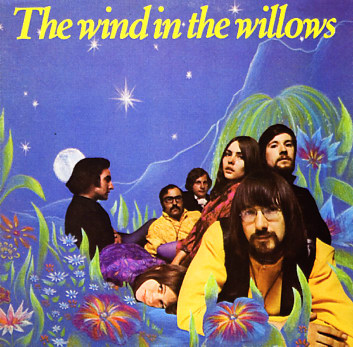 A group who's as trippy as their storybook title might imply – and an early effort from a young pre-Blondie Debbie Harry! The Wind In The Willows have a sound that's a far bit more folksy than you'd expect from Harry's later work in Blondie – a style that blends acoustic guitars, bits of strings, woodwinds, and more – all together into a sweetly sunny blend that has the members of the group often singing with a bit of a harmony style! The approach is a bit like Spanky & Our Gang at their best – with the same sort of playful twists and turns in mood as the album moves on – and although the group themselves handled the arrangements, the album gets some top-shelf studio help from producer Artie Kornfeld and engineer Brooks Arthur. Titles include "Djini Judy", "Park Ave Blues", "My Uncle Used To Love Me But She Died", "Moments Spent", "Uptown Girl", "So Sad", "There Is But One Truth Daddy", and "The Friendly Lion".  © 1996-2021, Dusty Groove, Inc.
(Rainbow label stereo pressing in the Unipak cover, with a small cutout hole, some ring and edge wear, and some discoloration from age.)