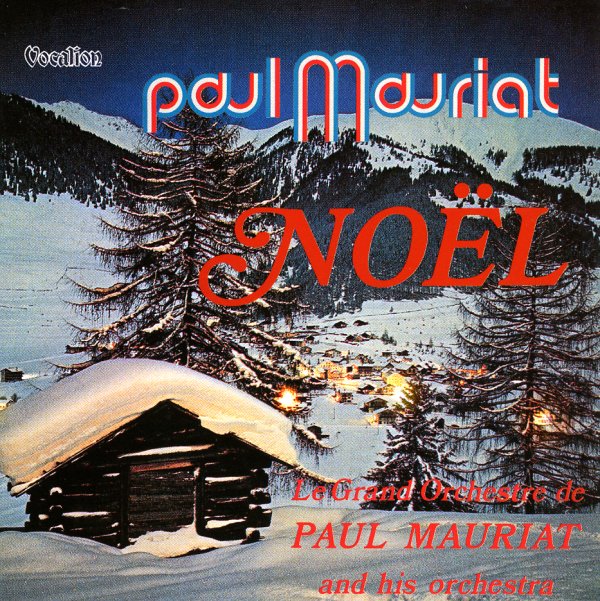 A rare Christmas album from French maestro Paul Mauriat – presented with a style that's maybe a bit more lush and scented with the season than some of his other albums of the time! The strings are a bit fuller, and the rhythms more laidback – so that the overall vibe is more in the best Christmas orchestral mode of the 60s – and a bit less like some of Mauriat's famous instrumental pop. Still, the approach is a nice one for those late hours after the party – when the fire's still going in the fireplace, and you're sitting around with the last few visitors enjoying a nightcap. Titles include "Rin Rin", "Among The Cattle & Grey Donkey", "Adeste Fideles", "Silent Night"," White Christmas", and "Little Father Christmas". CD also features 7 more Christmas tunes – including "Alle Jahre Wider", "Liese Riselt Der Schnee", "For Never & Always", and "Rudolph The Red Nosed Reindeer".  © 1996-2021, Dusty Groove, Inc.