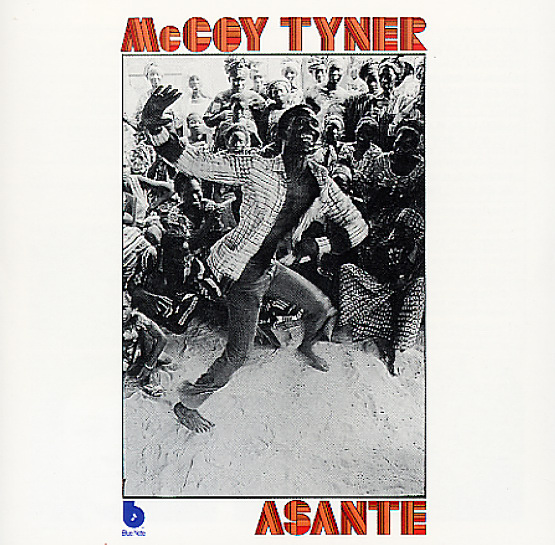 A wonderful record from McCoy Tyner – and a great reminder that some of his best post-Coltrane work was done for the Blue Note label – which was where Tyner seemed to hit the right sort of spiritual vibe to live up to his Impulse Records legacy! This album's got plenty of long, spiritual tunes penned by McCoy – beautiful numbers that stretch out and soar, driven along beautifully by Tyner's fluid work on the piano – and tight rhythms from Ted Dunbar on guitar, Buster Williams on bass, Billy Hart on drums, and Mtume on percussion! But almost even more incredible is the presence of altoist Andrew White – a tremendous reedman who hardly ever got this much wide exposure, and who blows alto in a spirit that's very much like the soulful style of Gary Bartz at his start – then moves to oboe with some surprising results on a few other tracks. Songai sings a bit on the record – and titles include "Malika", "Asante", "Goin Home", and "Fulfillment".  © 1996-2022, Dusty Groove, Inc.
(Out of print.)