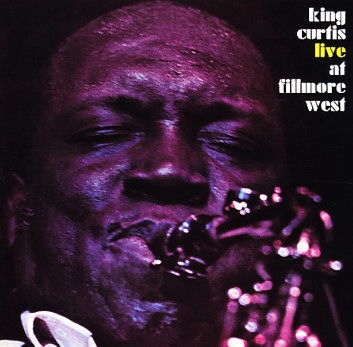 The King Curtis combo in all of its glory – really grooving hard here in a set of instrumental performances recorded at the same time as Aretha Franklin's famous live date at the Fillmore West! King backed Aretha up on her own record from Fillmore, but this set features all the instrumental grooves laid down by Curtis and his group before Aretha took the stage – very tight and funky numbers that showcase King's work on alto and soprano sax, as well as organ from Billy Preston, guitar from Cornell Dupree, electric piano from Truman Thomas, and funky drums from Bernard Pretty Purdie! The Memphis Horns get into the action a bit – blasting out when the tunes require it – and as with the Franklin album, the recording style here is totally great – very "live", but still with the best focus of Atlantic studio soul! Titles include a smoking 7 minute version of King's funky classic "Memphis Soul Stew", plus long takes on "Changes", "I Stand Accused", and "Soul Serenade" – as well as shorter versions of "A Whole Lotta Love" and "Ode To Billy Joe"!  © 1996-2021, Dusty Groove, Inc.
(Out of print.)

Old Gold/Doing The Dixie Twist
Tru Sound/Ace (UK), 1961/1962. Used
CD...$8.99
2 rare pre-Atlantic albums from the legendary King Curtis – back to back on one CD! Old Gold is a sweet early cooker from King – recorded with a raw sound and a sense of fire that most of his other albums from this time didn't have! Part of the difference here is the setting – ... CD