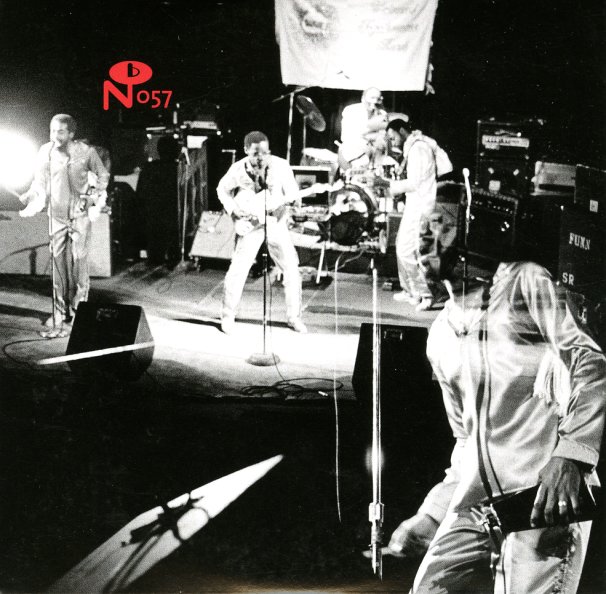 A Chicago group who never hit the big time during their short run at the start of the 80s – but one who definitely know how to groove! There's a vibe here that really lives up to the "togetherness" in the group's name – a way of coming together with a tight, sharp sound throughout – but one that's never too slick, just surprisingly strong for such an underground funk group from the Windy City! And although the music is upbeat, the style is less disco than it is the kind of faster funk that percolated strongly in the underground scene in the pre-house years – almost more akin to some of the best indie club work coming out of the east coast, but with a very unique vibe too. As usual with Numero, the set does way more than just bring this lost music to light – it also tells the tale of the Universal Togetherness Band, and their never-flagging sense of energy and inspiration during their short but important run. Titles include "Ain't Gonna Cry", "Try Try Try", "My Sentiment", "Real Thrill", "Once In A Lifetime", "Call For Love", "I Want You", and "Taken By Love".  © 1996-2022, Dusty Groove, Inc.

2+2+1= Ponderosa Twins Plus One (green vinyl pressing)
Horoscope/Numero, Early 70s. New Copy (reissue)
LP...$21.99 23.99
A real classic from the glory days of the kid soul group – a set recorded by an obscure Ohio group during the same generation as work by The Jackson 5, Sylvers, and Five Stairsteps – but a much more obscure record overall! The vibe here is strongly in the east coast harmony soul mode ... LP, Vinyl record album