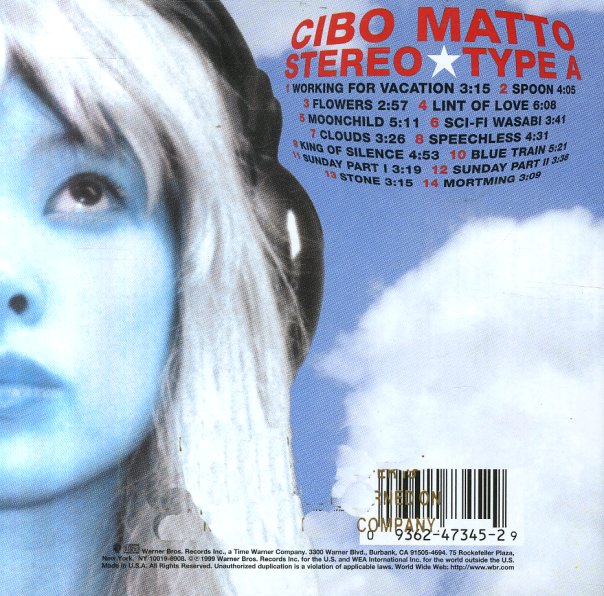 Never a stereotype, Cibo Matto was a pretty trailblazing act from the start – and their underrated late 90s swan song (for quite a while) Stereo Type A is a major reminder of that – blending genres and breaking barriers as strongly as ever! It's a brilliant mix of styles, from leftfield hip hop and breezy electronics to breezy bossa pop, Stereolab-esque space age sounds and beyond. Guest list includes Sean Lennon and Caetano Veloso (Cibo Matto's love of Brazilian music is clear and true) and titles includes "Working For Vacation", "Spoon", "Flowers", "Moonchild", "Sci-Fi Wasabi", "Clouds", "Speechless", "Blue Train", "King Of Silence", "Backseat", "Sotne", "Mortming", "Sunday" (Parts 1 & 2) and more.  © 1996-2021, Dusty Groove, Inc.