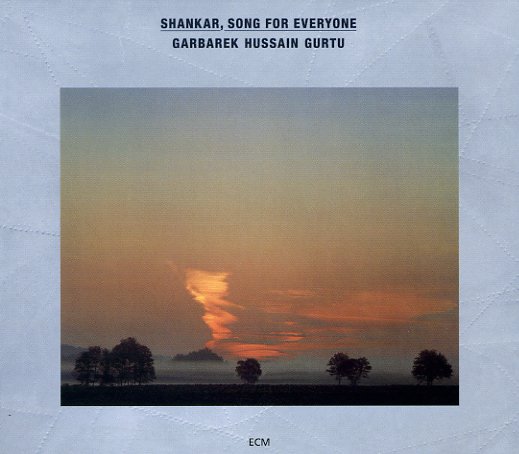 Shankar was one of the few flying the flag of jazz/Indian music crossovers in the 80s – pushing the genre a bit farther forward at a time when most other players had abandoned it! Given that his instrumentation here is violin and drum machine, the sound's a bit different than some of the sitar/tabla-based sessions of the past – but there's a similar sensibility going on, one that stretches out the sound with inspirations drawn from Indian music, executed by a quartet that also includes Jan Garbarek on soprano and tenor sax, Zakir Hussain on tabla and congas, and Trilok Gurtu on additional percussion. Titles include "Paper Nut", "I Know", "Watching You", "Conversation", "Song For Everyone", and "Let's Go Home".  © 1996-2022, Dusty Groove, Inc.
(Cover has two cutout holes and a bit of wear in back at the opening.)