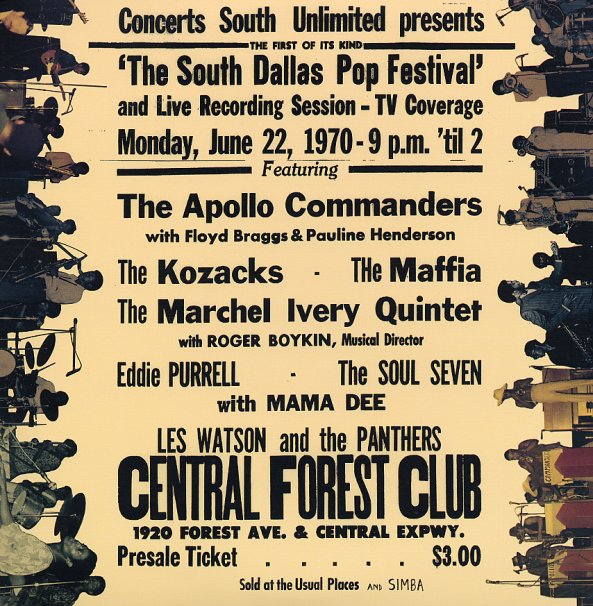 A treasure trove of lost funk – recorded live in Dallas in 1970, and issued now for the first time ever! The project was unearthed by the crate-digging funk fanatics at Stones Throw – and it's a perfect counterpart to their brilliant reissue singles of the past few years – live work from obscure groups of the Texas funk scene of the 60s, all recorded in concert, in a format that allows them to jam even more than they would on 45s! Tracks are often quite free-minded – grooving with a tightness that shows the groups' roots in the club scene that first got them playing heavy funk, but working here with a confidence and slight sense of experimentation that's quite befitting of their move to the bigger stage of the festival. The music is presented here complete with announcements and introductions – plus a great set of notes that really helps you understand the vibe of the music – and the material features performances by The Soul Seven, Apollo Commanders, Marchel Ivery Quintet, Black Maffia, and Les Watson & The Panthers – all groups you'll be happy to discover!  © 1996-2022, Dusty Groove, Inc.

LA Carnival Would Like To Pose A Question
Stones Throw, 1970. New Copy
CD...$6.99 14.98
Sweet jazzy funk – from the cornbelt of Omaha! The LA Carnival are one of those rarer-than-rare funk groups who not only never got their due back in the day – but also recorded a heck of a lot of great material that never even got issued! They have a totally great sound that bubbles ... CD