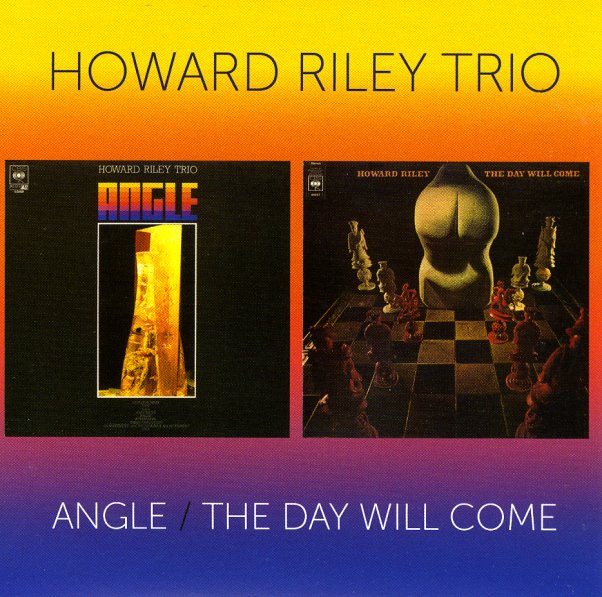 A pair of great records from British pianist Howard Riley – an artist who's recorded many dates for small labels over the years, but who virtually got his start on these two rare albums for Columbia! First up is Angle – incredibly fierce work from underrated British piano genius Howard Riley! Riley was a British modernist in the late 60s – and his trio records from the time feature a young Barry Guy, playing excellent accompaniment on bass, in a manner that's a perfect bridge to his later free improv years, but which also shows a strong talent for jazz-based conception. This angular little album is filled with a lot more surprises than we expected, and drummer Alan Jackson's a wonderful third member of this super-tight trio. Titles include "Exit", "Fragment", "Angle", "Gill", and "S&S" – plus "Three Fragments", which features some additional flute from Barbara Thompson. Next is The Day Will Come – the second album by the groundbreaking British jazz trio led by pianist Howard Riley – and one that's even more startling than the first. Riley's trio again includes Barry Guy on bass and Alan Jackson on drums – and the group of them make some incredibly beautiful music that's unlike most of the other jazz we can recall from the period. Sure, there's hints of 60s free jazz, and bits of the progressive turn that would show up in the UK jazz of the 70s – but most of the work is startlingly new, with a conception of piano trio material that's left us breathless. Guy's bass work is especially wonderful – as he changes at will from plucking to bowing to fingering the instrument in strange and wonderful ways. Titles include "Sphere", "Playtime", "Funeral Song", "Winter", "Dawn Vision", and "High".  © 1996-2021, Dusty Groove, Inc.

Afrofuturism
Whirlwind, 2021. New Copy
CD...$13.99 14.98
We've always loved the music of Logan Richardson, but here he's onto something completely new and groundbreaking – as you might begin to guess from the cover and title! Logan still blows alto sax, but he also handles piano and keyboards, and works in this swirling mix of sound that really ... CD