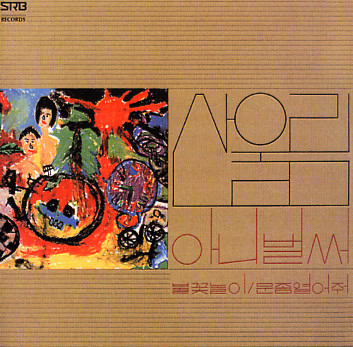 One of the coolest Korean records you'll ever hope to hear – a set recorded in the mid 70s, but done with the same sort of psychedelic blend of jazz and funk elements you'd hear in Japanese albums from the early part of the decade! These guys use lots of fuzz on their guitars – a tone that's freaky, but a style that's nicely direct – especially when mixed with the strong basslines at the bottom – which almost always set up some sort of groove before the Korean language lyrics come into the mix! Lots of these tunes are the epitome of slow funk at its best – and sound even better with the trippy inflections on guitar, and the unfamiliar language – which really keeps things interesting. Titles are all in Korean, like the lyrics – but even without our ability to tell you their names, we can definitely tell you that they're plenty darn groovy!  © 1996-2021, Dusty Groove, Inc.