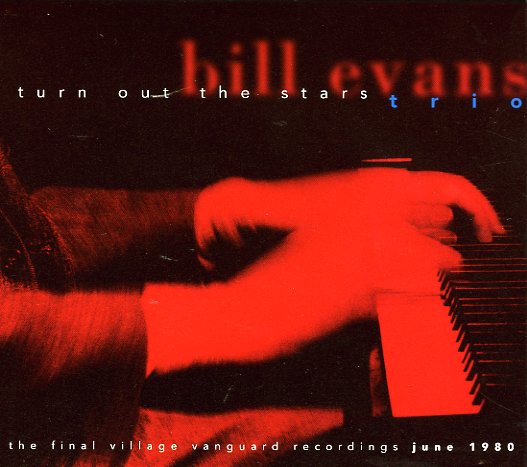 Brilliant late work from Bill Evans – his last set of recordings from the Village Vanguard – recorded in the summer of 1980, nearly two decades after his first famous albums at the club! Evans here is a wealth of imagination – really stretching out in relaxed, fluid formation – gentler than before, but also with a deeper sense of feeling too – and getting some great support from trio members Marc Johnson on bass and Joe Labarbera on drums. Tracks mostly hover around the five minute range – but there's some key longer numbers too – and the whole thing's a perfect example of why live Bill Evans is often some of the best Bill Evans you can find! 58 tracks on 6CDs, packaged with a booklet – and titles include "Nardis", "Knight For Mary F", "Emily", "Minha", "My Romance/Five", "But Not For Me", "Bill's Hit Tune", "I Do It For Your Love", "Quiet Now", "Days Of Wine & Roses", "Your Story", "Tiffany", and "Re Person I Knew".  © 1996-2022, Dusty Groove, Inc.
(CONDITION NOTE: this copy includes all 6 CDs in individual cases with accompanying artwork but is missing the slipcover and the large booklet.)

Big Gundown – John Zorn Plays The Music Of Ennio Morricone
Icon/Nonesuch, 1985. Used
CD...$5.99
A groundbreaking album, put together by Zorn and a group of downtown New York hipsters, as a fitting hommage to the genius of Ennio Morricone! The track list sticks to mostly the bigger known numbers, and the album's got a darkness that we'd actually say was a bit out of place, considering the ... CD