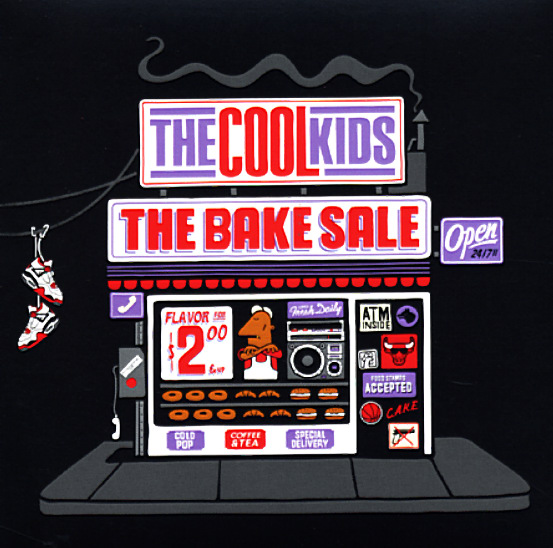 Classic minded but truly fresh duo hip hop from the Chuck Inglish and Mikey Rocks, aka the Cool Kids – billed as an EP, but a pretty generous one at 10 tracks and more than a half hour in length – a strong hint that these Kids are going to make a huge splash! The Cool Kids produce themselves, thank you very much – and do so with love for the spare, minimalist synthy funk beats that most of the mainstream beatmakers deal in – but no one else is doing it quite this way. The rhymes are spun with an easygoing, finessed delivery and they fool around with some delirious tape speed deviations for the fun and funk of it. Pre-release hype be damned, the Cool Kids are the real thing! 10 tracks in all: "What Up Man", "One Two", "Mikey Rocks", "88", "What It Is", "Black Mags", "A Little Bit Cooler", "Gold And A Pager", "Bassment Party" and "Jingling".  © 1996-2021, Dusty Groove, Inc.
(Out of print.)