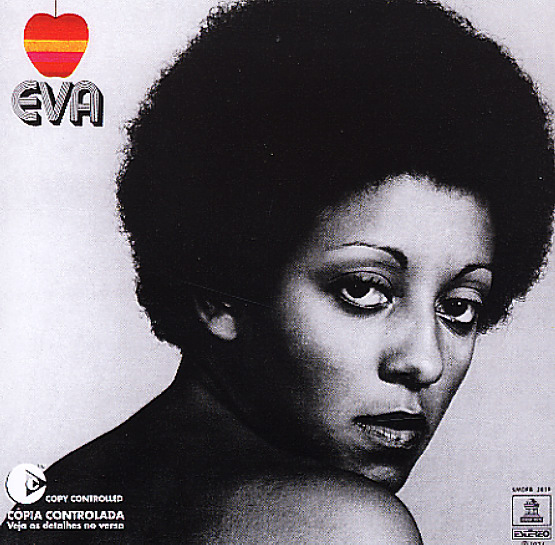 Sweet 70s grooving from Brazilian singer Eva – a bit of soul, a bit of easy, all styled together nicely by orchestrations from the magical maestro Gaya! Gaya's work here is similar to his best backings for other artists in the Blue Brazil generation – a mix of American pop, post-bossa instrumentation, and in this case, some very slight electric touches – kind of hipping up the tunes a bit with some nice keyboards! The album's got a really nice version of "Moon River" that skips along at a nice pace – plus some great originals that offer a strong update to the sound of other Brazilian pop/post-bossa singers, like Doris Monteiro or Claudette Soares. Titles include "O Homem Do Tempo", "Vinte Leguas", "Na Baixa Do Sapateiro", "Olha Eu Aqui Oh Oh Oh", "Talisma", and Sonho Lindo".  © 1996-2021, Dusty Groove, Inc.