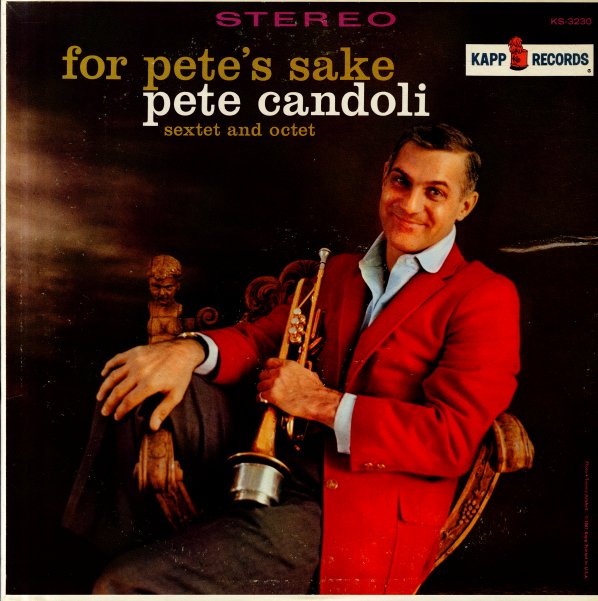 One of the few sessions cut as a leader by trumpeter Pete Candoli – a great west coast talent who was often lumped into groups with his more famous brother Conte, but who really shines here in this simple, unobstructed set! The album features a core group of Gene Cipriano on tenor, Jimmy Rowles on piano, Bobby Gibbons on guitar, Red Mitchell on bass, and Shelly Manne on drums – plus additional instrumentation from track to track by players that include Howerd Roberts, Ted Nash, Harry Klee, and others. The general groove is west coast cool bop – never too artsy, and with a good focus on short and economical solos – very much in the Bethlehem mid 50s mode. Titles include "Sposin", "Old Black Joe", "Who's Sorry Now", "Buttons & Bows", "Ice Cream Truck", and "The Skater's Waltz".  © 1996-2022, Dusty Groove, Inc.
(Mono promo pressing. Labels have a small peeled spot and sticker remnants. Cover has light wear and a cutout notch.)

Blues Ain't Nothin But A Good Man Feelin Bad
Kapp, Early 60s. Near Mint-
LP...$9.99 23.99
A rare one from the great Sammy Price – done with a bit of a jazzy vibe too, and help from Basie musicians who include Freddie Green on guitar and Vic Dickenson on trombone! The set also features vocals from "Doc Horse" – who's Al Pittman of the Ink Spots, in a very different ... LP, Vinyl record album