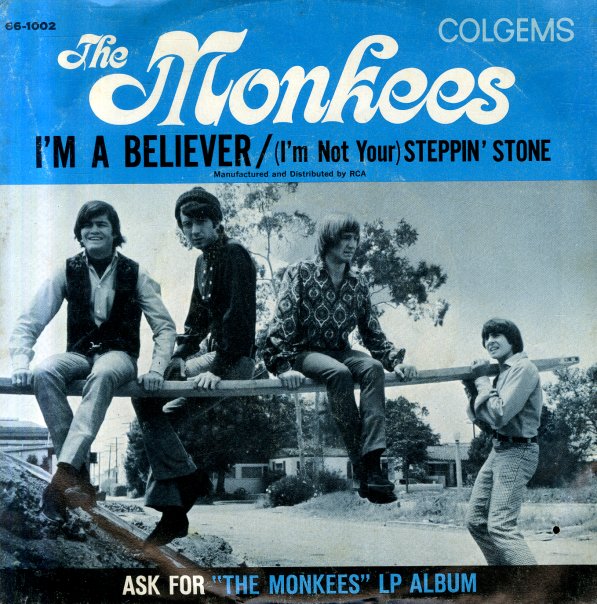 I'm A Believer/(I'm Not Your) Steppin' Stone

(Sleeve has some wrinkles and a small rip on one corner.)