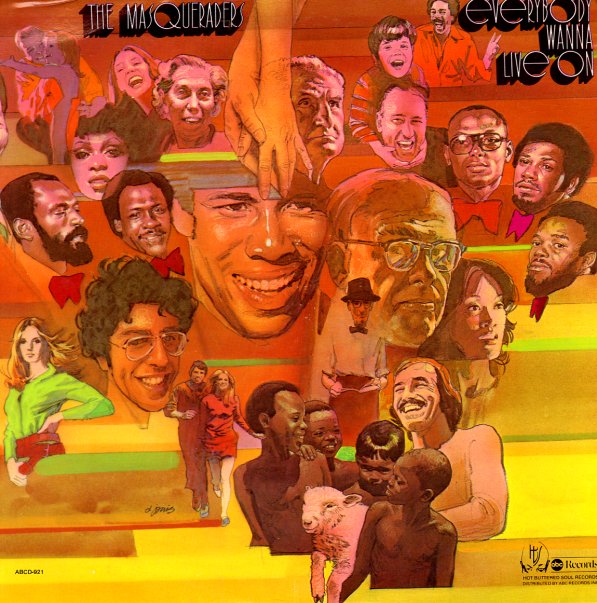 Fantastic mid 70s sounds from The Masqueraders! Everybody Wanna Live On may very well be the best album ever by this sweet southern vocal group – produced and arranged by Isaac Hayes, who'd always had a big hand in the group's sound. The record's got a style that reminds us of mid 70s Manhattans, but perhaps with more of an edge on some of the vocals, especially on the more uptempo tracks. Includes the great cut "Please Don't Try (To Take Me Away To The Sky)", with a nice electric piano groove and funky vocals, plus "(Call Me) The Traveling Man", "Sweet Sweetning", "Baby It's You", "Everybody Wanna Live On", and "Your Sweet Love Is A Blessing".  © 1996-2021, Dusty Groove, Inc.

Moonride
Stax, 2008. Used
CD...$5.99
New material from one of our favorite soul artists ever – a laidback set of mellow soul tunes that's pure Leon Ware all the way through! The style is almost a contemporary update of Ware's classic Musical Massage for Motown in the 70s – a slinky, sensuous set of tracks, delivered in a ... CD

Imagination (with bonus tracks)
Buddah, 1973. Used
CD...$12.99
A pivotal album for Gladys Knight and group – as the record features their super-huge hit "The Midnight Train To Georgia", a landmark track that not only had a catchy pop hook, but which spoke volumes about African-American migration in the postwar years. The track's one of those ... CD

Do Me Again
Capitol/Orpheus, 1990. Used
CD...$4.99
Freddie Jackson in full effect – stepping out in a set of smooth, mellow, and midtempo numbers – all very much in that 80s male soul sound he helped forge in the first years of his career – still very much in place at the time of this set! The record's not one to rewrite the ... CD

Teddy Pendergrass
Philadelphia International/Legacy, 1977. Used
CD...$4.99
Teddy Pendergrass – we love you! This is one of Mr. P's greatest albums of smooth mellow soul – recorded after he left Harold Melvin & The Blue Notes, and began working in a wonderfully warm solo style that had a huge influence on male vocal soul for years to come! The sound here ... CD