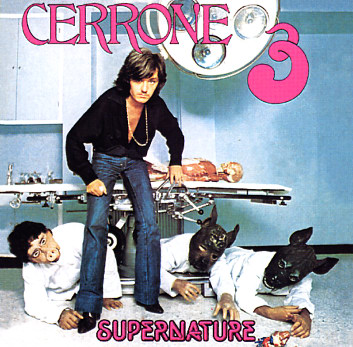 The height of French disco – a huge worldwide hit for Cerrone, a nutty bit of space disco that actually holds up pretty darn well over the years! The guy's not really a looker – and the strange "animal operation" cover almost makes this look like a prog rock album – which is where Cerrone probably got his inspiration for the incredible keyboard work on the set – but the record's a killer bit of club that went onto influence generations to come – and is arguably one of Cerrone's best moments ever! Includes the classic "Supernature", a catchy disco groover you'll recognize instantly – plus the tracks "Love Is Here", "Love Is The Answer", and "Sweet Drums".  © 1996-2021, Dusty Groove, Inc.
(LP comes with bonus CD version of the full album.)