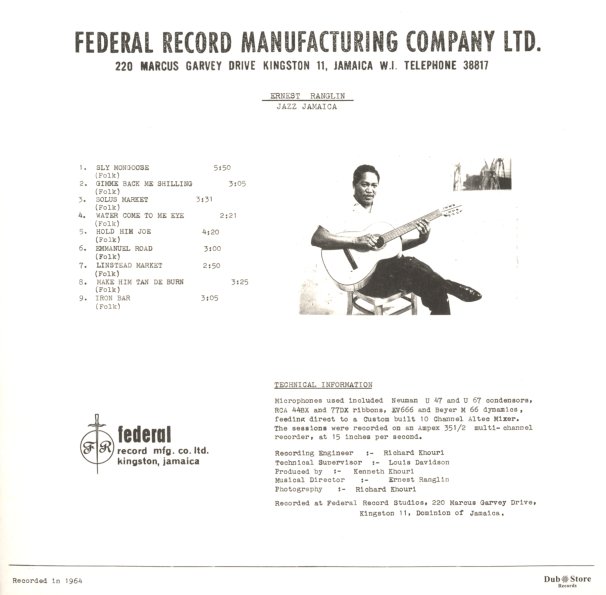 One of the best jazz albums we've ever heard from legendary guitarist Ernest Ranglin – recorded quite early in his career for the tiny Federal label, and done with a fire that's missing from some of his other later records! The album's way more than just another instrumental outing with guitar in the lead – and there's an excellent mix of American jazz elements with some rootsier Jamaican qualities in the rhythms – not rocksteady or ska modes, as you might expect from the time – but a looser, freer approach that really seems to set Ranglin free. Ernest plays with some of his most dynamic qualities here – really stunning us with some speedy solos, and moving between chords in this way that creates this cascade of color that really warms things up. Most tunes are listed as folk numbers, but the execution is decidedly modern – on tracks that include "Gimme Back Me Shilling", "Water Come To Me Eye", "Hold Him Joe", "Linstead Market", and "Iron Bar".  © 1996-2020, Dusty Groove, Inc.