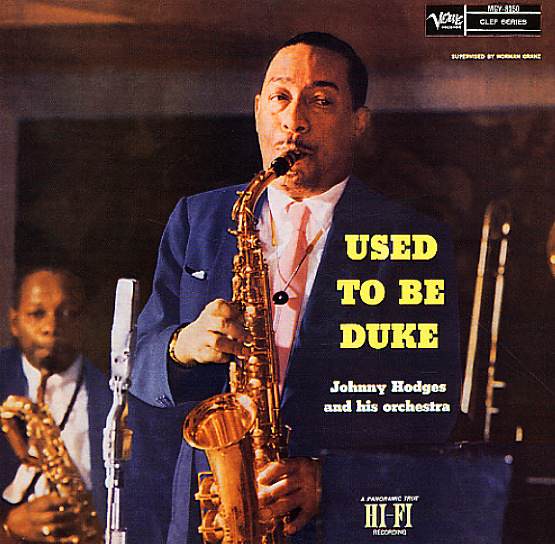 Used To Be Duke

OK, so the title's a bit misleading – as Hodges never used to be "Duke", just played with him – but the record's a great one – really sharp set of standards from the mid 50s, played with a tightly moving focus! The small group settings includes Ellingtonians, plus the unlikely addition of John Coltrane on tenor on a few tracks. Hodges' tone is tremendous, as always – and the record sparkles on both the more uptempo and the more measured numbers, with titles that include the Hodges originals "Used to be Duke and "Sweet As Bear Meat", Ellington's "Warm Valley", plus "Madam Butterfly", and "Sweet Lorraine", "Time On My Hand"s", "Smoke Gets In Your Eyes" and "Poor Butterfly".  © 1996-2021, Dusty Groove, Inc.
(Out of print, Verve Originals pressing. Case has some light edgewear.)