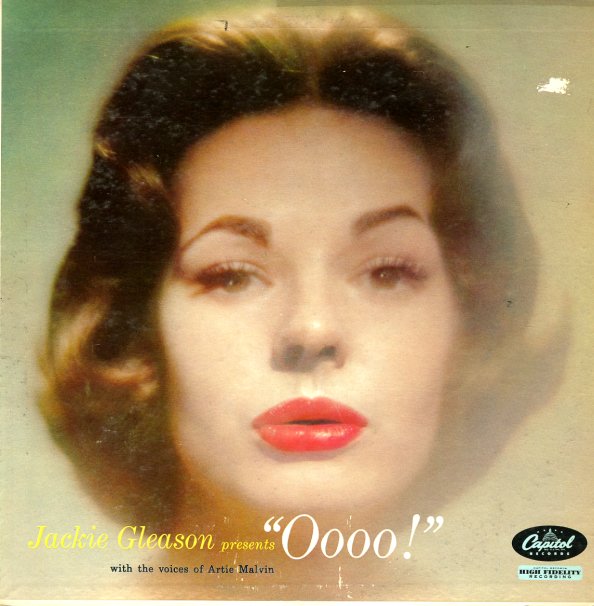 One of the greatest Jackie Gleason albums ever! The album has these warm lush orchestrations, with wordless vocals by "The Voices of Artie Malvin" wispily dreaming over it, hence the "Ooooo!" in the title. Tracks include "Thine Alone", "It's All Right With Me", "Imagination", "Here Lies Love", "Beyond The Blue Horizon", "Can This Be Love?", "Secret Love", and "High On A Windy Hill".  © 1996-2023, Dusty Groove, Inc.
(Mono rainbow label pressing. Cover has partial split on top & bottom, light wear & aging.)