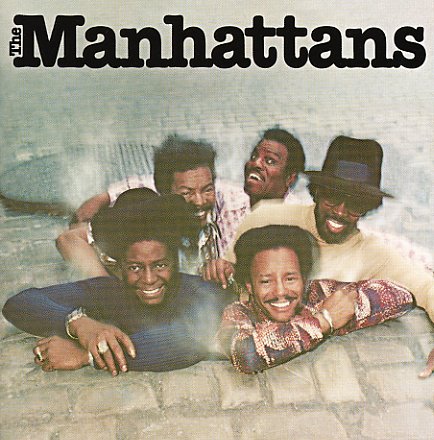 A Philly soul classic from The Manhattans – one of their best 70s albums, and a record that showed that they were firmly out of the indie ghetto, and totally on top of their game! The record features arrangements and production by Bobby Martin and Bert DeCoteaux – bubbling along in that soaring style that you'd recognize best from Philly International albums of the time, but which also has some nice traces of the mellower ballad work that first put the group on the map. Every tune is perfect – the kind of sublime soul that easily explains why a record like this could be found in every single record collection of every single soul listener of the time – and titles include "La La La Wish Upon A Star", "We'll Have Forever To Love", "Take It Or Leave It", "Reasons", "Wonderful World Of Love", "Searching For Love", and the incredible "Kiss & Say Goodbye".  © 1996-2022, Dusty Groove, Inc.
(Cover has an unglued top seam and is lightly stained along the opening, with some peeling in back.)

Manhattans Sing For You & Yours – Golden Carnival Classics Part 2 (Collectables pressing)
Carnival/Collectables, 1968. Sealed
LP...$9.99
A heck of a great 60s soul album – one that we'd rank right up there with the best by the Impressions from the time – perfectly put together without a bit of filler! The set's the second full length set by The Manhattans – one of the few groups of their time who could really pull ... LP, Vinyl record album