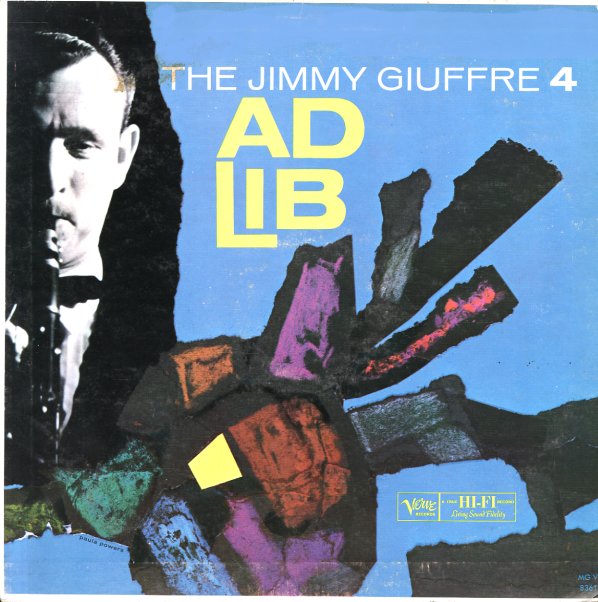 A seminal middle period album from Jimmy – one recorded right before he really opened it up, but still with more modern touches than some of his earlier work! The group's a quartet – with the great Lawrence Marable on drums, Jimmy Rowles on piano, and Red Mitchell on bass – and although this rhythm section-based style is quite different from Jimmy's freer trio work, there's still a magical approach to the music – taking Giuffre's horn to places you really wouldn't expect for the instrument at the time. Recorded with a really loose and easy feel by Bones Howe – and mostly improvised in the studio at the time of recording. Titles include "I Hear Red", "Problems", "Stella By Starlight", and "I Got Those Blues".  © 1996-2021, Dusty Groove, Inc.
(Early 80s French pressing. Vinyl has a small press flaw spot that clicks just a bit on "I Got The Blues".)

Comin' In The Back Door
Verve, 1963. Near Mint-
LP...$24.99
A real cooker of a set – and one that features Wynton's piano over some great larger backings from Claus Ogerman! The style of the set is really wonderful – as Wynton plays with a core smaller group that includes Kenny Burrell on guitar, plus regulars Paul Chambers on bass and Jimmy ... LP, Vinyl record album