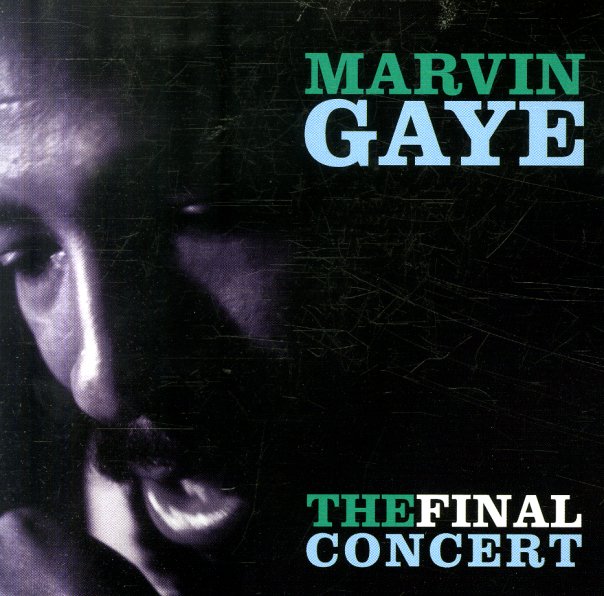 A bit of a mystery. The quality of the recording is very rough (most likely a bootleg), and the liner notes kind of go on to say that Marvin wasn't in good shape at the time of this recording, that he was only touring for money, and that there was a lot of cocaine about. Kind of makes the whole thing seem a bit suspect – but oddly, you can't keep Marvin down, even under dodgy conditions like this, and we're surprised at how much we enjoyed the material. In a way, the sound is similar to some of the classic Motown live albums – although a bit rougher – and it's great to hear Marvin working in this idiom at a late point in his career. Plus, the songs are all done in nicely different live versions, with a lot more openness than you'd expect. Titles include "Come Get To This", "Third World Girl", "Inner City Blues", "What's Going On", "Joy", "Distant Lover", and "Sexual Healing".  © 1996-2021, Dusty Groove, Inc.
(Mark through barcode.)

Love Is Where You Find It
Solar/Right Stuff (UK), 1981. Used
CD...$11.99
Classic Solar material by The Whispers, with two sides of tracks – one "for dancin", one "for romancin". The dancin side was produced by Leon Sylvers, has a tight 80s groove sound that's very nice, and includes the cuts "Turn Me Out", "In The Raw", and ... CD

Live In New Orleans
Capitol, 1981. Used
CD...$6.99 (LP...$23.99)
A live album from the mighty Frankie Beverly and Maze – and a set that's every bit as important as their studio classics for Capitol Records! It's always a sign of how huge Frankie Beverly was during the 80s that Capitol let him cut not one, but two double live albums during the early part ... CD