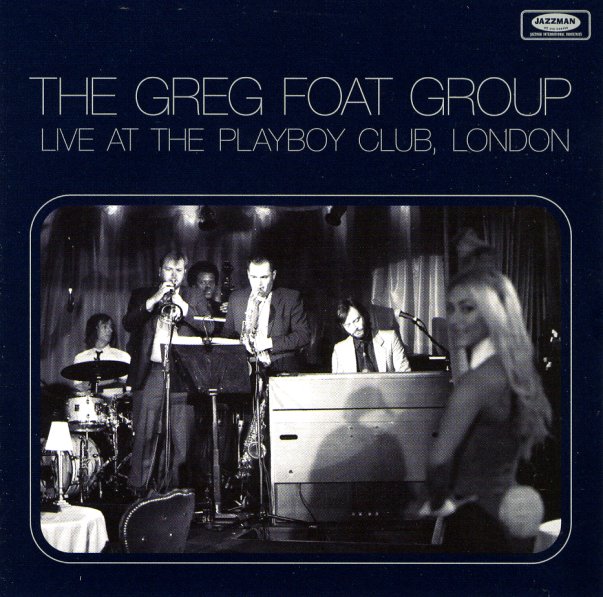 The coolest record so far from this totally great combo – a live recording done on the home turf of the Greg Foat Group – the Playboy Club in London! The retro venue really fits the slinky, sexy vibe of the group's music – and although we already loved these guys before, this album has a really special sort of feel – with loads of wonderful keyboard lines from Greg on Hohner Electra piano, Elka Rhapsody, Hammond L 100, and Mutron Phaser – almost always distorted with a nice degree of fuzz, but still a straight ahead approach, and some great undercurrents of fuzz too! The group also features tenor and trumpet – which sometimes sound distorted, ala Varitone modes – and the overall sound feels like some lost jazzy club combo from the late 60s, really tripping out in a very comfortable space. We'd easily stack this one next to our favorite funky Fender Rhodes records from back in the day – and titles include "By The Grace Of God I Am", "Ingen Reklam", "Funky Fanfare", "Madrid", and "Mr Minor". CD features two bonus tracks – "Finky Minky" and "Papa's Got A Brand New Pigbag".  © 1996-2023, Dusty Groove, Inc.