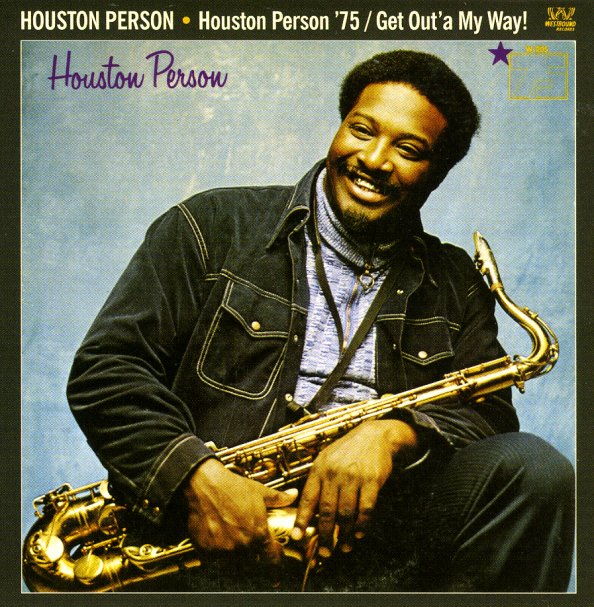 Houston 75/Get Outa My Way

A pair of overlooked albums from saxophonist Houston Person – both recorded for Detroit's Westbound label, and presented back to back on a single CD! First up is Houston Person 75 – sweet sweet grooves from the legendary Houston Person – a set that blends his soulful tenor with some fuller backdrops than Houston used at Prestige Records – in a vibe that's somewhere between that earlier work and the style of CTI/Kudu Records! The best cuts almost have a funky soundtrack vibe – with arrangements by Ed Nuccilli and Jimmy Roach that spin out with full, rich charts – as Person's tenor carves out some meaningful solos – a bit like some of the Stanley Turrentine work of the period. The album features a number of original tunes, and sports a strongly soulful vibe throughout – on titles that include "What It Is", "Shotgun", "500 Gin Rummy", "All In Love Is Fair", "Funky Sunday Afternoon", and "A Touch Of Bad Stuff". Get Outa My Way is filled with very groovy grooves from tenorist Houston Person – a set that has him picking up a bit of a dancefloor vibe at times, as chorus vocals are mixed in to support his own strong solos in the lead! The set's got a nice warm glow overall – arrangements from Jimmy Roach that are clubby at times, but never in a too-disco style – and maybe more in the mode of some of the Kudu Records material from the period. Houston's horn is great, as always – and hits some nice moments on tracks that include "Disco Sax", "Spread It", "Forever In Love", "For The Love Of You", "Ain't Nothin But A Funky Song", and "Soul Samba".  © 1996-2021, Dusty Groove, Inc.