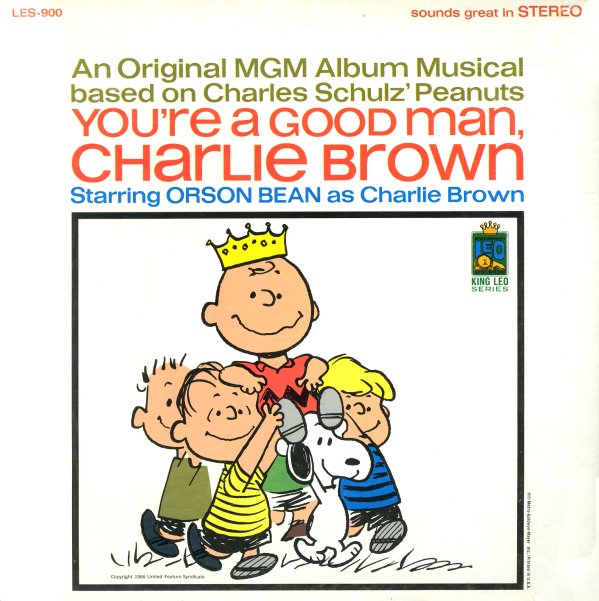 Not the Broadway version, but a special direct-to-record take – with Orson Bean as Charlie Brown!  © 1996-2020, Dusty Groove, Inc.
(Cover has a small center split bottom seam.)